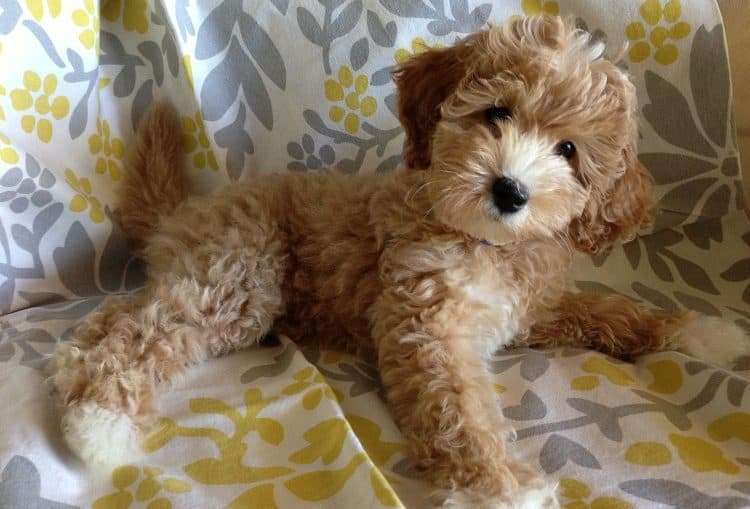 Consequently, it’s reasonable that almost all dog lovers have considered getting one at some point in their lives. Despite the high demand for Labradoodles, they, like all other dogs, end up in shelters and rescue centers.

Large adoption rates, in reality, often lead to high rates of neglect or surrendering since not everyone is up to the task that they signed up for.

So, you can kill two birds with one stone by rescuing a dog in need and adding a great Labradoodle to your family. While there are many excellent choices, looking for the best one near you is a no-brainer that will save you money, time, and effort.

The 4 Best Labradoodle Rescues in North Carolina in 2021

Now that you know there are many rescue places to find your future dog in, here’s a well-researched list of North Carolina’s best four Labradoodle rescues and how they differ from the others.

We can’t talk about North Carolina rescues without mentioning the best one, the Carolina Poodle Rescue. If you want a Labradoodle in your area, there’s no better place to look.

Located 1.25 hours southwest of Charlotte, North Carolina, the no-kill limited entry private rescue group was founded 21 years ago, meaning it has over two decades of experience up its sleeve.

It owns the Dreamweaver Farm, a pleasant place where rescues are housed until they find their forever homes. Even out-of-state potential adopters are welcome if they’ll be able to pick up the dogs themselves.

While the facility rescues different kinds of dogs in need, it’s specialized in Poodles and Poodle mixes, meaning that it’s fit to guide you if that’s your first Labradoodle. Thanks to the hard work of hundreds of volunteers, CPR managed to rescue and rehome over 5000 dogs.

Adoption fees are variable, depending on the dog itself, but they’re usually around $200, which is definitely affordable. Fortunately, all dogs are treated, neutered/spayed, and trained so that they can fit right into your household.

The Carolina Poodle Rescue is a no-brainer to consider if you want to get a Labradoodle that’s been taken care of in North Carolina.

Saving Grace is another farm shelter that’s worth checking out if you’re looking for a top-quality rescue in North Carolina.

Founded in 2004, the non-profit private shelter has 17 years of experience, in which it’s managed to rescue and rehome over 22,000 dogs, thanks to volunteers, donors, and, of course, kind-hearted adopters. Although it’s based in North Carolina, the shelter works with interested out-of-state adopters who don’t mind the commute.

Saving Grace takes in homeless dogs that usually come from underserved, rural, and impoverished areas. They live in a Funny Farm type of setting that naturally helps rehabilitate and get them out of their shells.

The adoption fee is $380, which is an affordable price to pay that covers the dog’s medical expenses, such as vaccinations, neutering/spaying, treatments, training, and so on.

The Saving Grace farm shelter deserves a second spot for nearly two decades of experience in healing and rehabilitating dogs.

The IDOG Rescue is the best option that’s available nationwide, meaning it serves all states and parts of Canada, including North Carolina.

The International Doodle Owners Group, founded in 2006, has 15 years of experience in rescuing and rehoming Labradoodles and Goldendoodles. While it’s based in Houston, Texas, it has a volunteer network that spans the United States and parts of Canada.

Additionally, the adoption fees are inexpensive, ranging from $100 to $750, depending on the dog’s breed, size, and age.

The IDOG Rescue is one of the best options for specialized Labradoodle rescues that are available nationwide.

The Doodles Rescue Collective is another nationwide option that stands out with its affordable adoption fees that make adoption more accessible.

Founded in 2009, the Doodles Rescue Collective has 13 years of experience. It managed to save and rehome 4000 Labradoodles and Goldendoodles since its beginning, thanks to more than 800 volunteers across the states.

The rescue cares about its dogs, which is why fostering can take from two weeks to two months. All the dogs are vaccinated, neutered/spayed, and treated. Also, the adoption fees are affordable.

The Doodles Rescue Collective is the rescue to consider when adopting a Labradoodle on a budget.

How to Pick a Labradoodle Rescue in North Carolina?

You’ve decided to adopt a Labradoodle from a North Carolina rescue, but how do you pick the right one? Even if you’re experienced in dog adoption, it never hurts to go over the basics of rescue adoption again before bringing your future Labradoodle into your home.

There are plenty of abandoned and surrendered fur babies looking for another chance. So, if you’ve never owned a Labradoodle before, you’ll need to conduct some serious research on the breed. Doing your research gives you a better understanding of what a Labradoodle needs so that you can be the excellent dog parent that your future canine friend deserves.

For instance, Labradoodles hate being left alone. Your Labradoodle derives its joy from your continuous presence in its day. In fact, Labradoodles are called “velcro dogs” because they enjoy following and staying in the company of their owners at all times. So don’t adopt a Labradoodle if you plan on keeping it home alone for the majority of the day.

In addition, Labradoodles are highly energetic dogs. To stay fit and happy, they must exercise on a daily basis because they have a lot of energy that they need to release. So if you don’t have the time or energy to provide your canine companion with the active lifestyle it requires, you may want to reconsider adopting a Labradoodle.

More importantly, when you try to adopt a rescue Labradoodle, you’ll be interviewed by credible rescues to ensure that you’re qualified for the adoption. So, knowing everything there is to know about the Labradoodle breed increases your chances of adopting one.

Generally speaking, dog rescue organizations are expected to help countless dogs find new homes and preserve their lives. But, unfortunately, that’s not always the case, as they’re not all equal or even have the same genuine motive.

In some of these so-called rescues, dogs aren’t properly fed, cleaned, or medically checked. Also, other rescues don’t share all of the information that answers your questions because they’d rather keep potential adopters in the dark about the process as much as possible.

So, if the facility doesn’t meticulously vet you, examine your house, and assess if you’d be a good pet parent, it’s untrustworthy and is more likely willing to give traumatized dogs away just to make some money off of them.

A rescue Labradoodle is more budget-friendly than the one you get from a pet store or a breeder, which is why people who can’t afford the hefty price tag of a Labradoodle tend to adopt them from rescue facilities.

Still, before you apply, it’s a good idea to research the adoption pricing range of each rescue facility so that you get an idea of what to expect.

Younger and healthier Labradoodles tend to be more expensive than older ones. However, they all deserve to be loved, and senior Labradoodles will be the most grateful and sensitive canine companions you’ll ever adopt.

Keep in mind that certain rescue organizations charge an extra application fee too.

As you can see, there are many excellent Labradoodle rescue options throughout North Carolina. You’ll also notice that some of these places are specialized in doodle breeds, while others have other breeds.

So, we’ve compiled a list of the best Labradoodle rescue in North Carolina to narrow things down for you.

The top spot on our list goes to the Carolina Poodle Rescue. With 21 years of experience with Poodles and Poodle mixes, the rescue that owns the Dreamweaver Farm has a lot to offer. Its adoption fees are quite affordable, and all the dogs are neutered/spayed, as well.