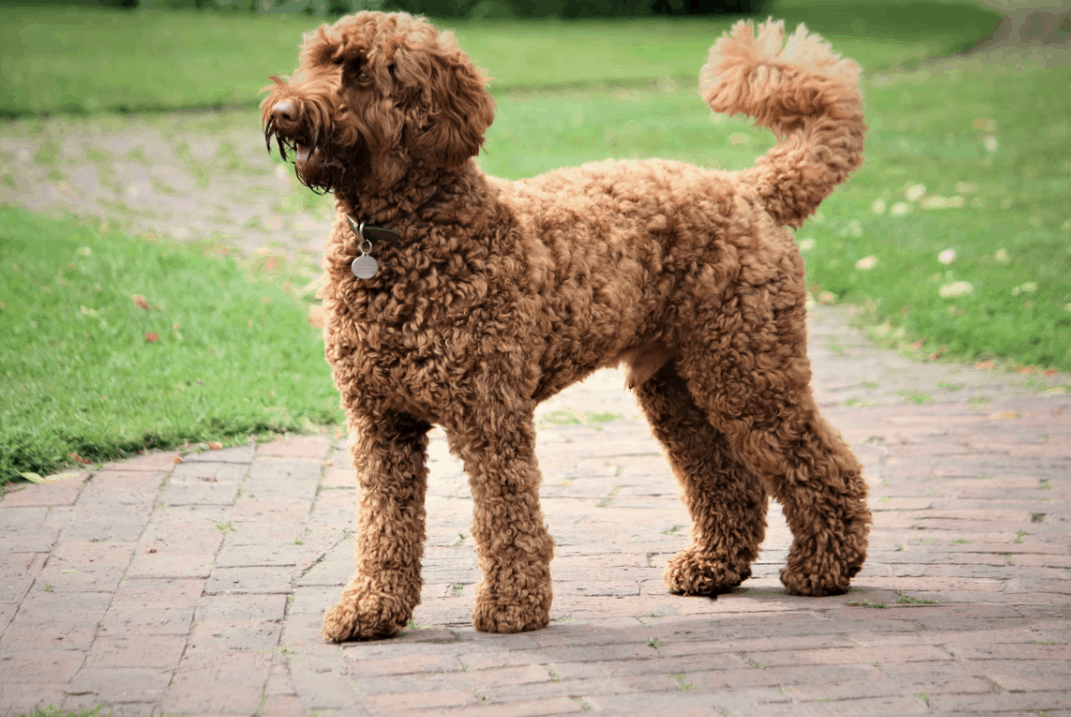 While there are tons of fantastic online rescues available, it’s a no-brainer to look for the best choice near you, which will save you plenty of time, money, and effort. Continue reading if you want to learn more about our top Labradoodle rescue in Texas.

Dogs are great pets to have in general, but a lot of people are out to get Labradoodles, in particular. These dogs are cute, smart, trainable, easy-going, friendly, social, energetic, and even hypoallergenic. As a result, it’s no wonder that many people want to adopt a Labradoodle.

Although this breed is in high demand, Labradoodles still end up in rescue centers and shelters like all the other dogs. In fact, high rates of adoption often lead to high rates of neglect or abandonment because not everyone is up to the task.

So, you can hit two birds with one stone by rescuing a dog that needs a home and adding a lovely Labradoodle to your family.

The 4 Best Labradoodle Rescues in Texas in 2021

Now that you know there are plenty of options for Labradoodle adoption, here’s a well-researched list of the best Labradoodle rescues in Texas and how they stand out in the competition.

The Doodle Rock Rescue is the volunteer-based, nonprofit organization that rescue Labradoodles deserve. Founded in March 2017, this rescue is a young one that you’d be mistaken to underestimate.

It works on rescuing, rehabilitating, and rehoming as many abused, neglected, and abandoned Labradoodles and other Poodle mixes as possible.

Whether it finds these dogs in shelters, the streets, or fresh out of homes, the Doodle Rock Rescue places these furry babies in temporary foster homes to concentrate on their individual needs, such as being trained and treated, to prepare them before finding their forever homes.

This facility is located in Dallas, Texas, but it serves all of Dallas and Fort Worth, Texas. In addition, the center takes in and rehabilitates dogs from anywhere across the country. Yet, the farthest this center will accept applications is from anyone who lives within 350 miles of Dallas to make regular monitoring easier.

It’s constantly looking for foster parents, volunteers, and donations to help them rescue and help every Doodle left behind. It’s managed to help over 900 dogs so far.

Even better, the facility has its own clinic, the CHEW Animal Clinic, which provides high-quality, yet affordable veterinarian care in the area.

The adoption fees range from $150 to $750, which differs according to the dog’s size, age, and breed. More importantly, all dogs are vaccinated, groomed, neutered/spayed, and microchipped, making the adoption fees reasonable.

The Doodle Rock Rescue should be at the top of your dog rescue list.

The Doodle Dandy Rescue should be your next stop if the Doodle Rock Rescue doesn’t have what you’re looking for. With a motto that says, “Be Kind. Work Hard. Save Doodles,” you know that these dogs will be in safe hands.

Based in Dallas, Texas, the facility has been around for approximately two years only. Yet, it’s managed to find forever homes for over 300 Doodles of all ages and breeds, thanks to over 500 active volunteers in San Antonio, Austin, Houston, and more who work tirelessly for the wellbeing of these pups.

In addition, the facility allows adoption for people within a five-hour radius of the DFW area in Texas.

Rest assured that these Doodles receive immediate medical attention once they become a part of DDR. All dogs are neutered/spayed unless they’re not old enough. They’re vaccinated, groomed, and trained, as well. They also stay with a foster family for at least three weeks before adoption to learn everything about them.

The Doodle Dandy Rescue provides Labradoodles with all the care they need.

The IDOG Rescue is a no-brainer to consider if you’re looking for a Labradoodle rescue center that’s been around for a while.

Founded in 2006, the International Doodle Owners Group is based out of Houston, Texas, but has a network of volunteers across the United States and some parts of Canada. In its operation, it managed to rescue and rehome 2,600 Doodles. Plus, the adoption fees range from $100 to $750.

The IDOG Rescue is the best rescue center that has many years of experience up its sleeve.

The Doodles Rescue Collective should be your goal if you’re looking for affordable prices.

Founded in 2009, the rescue center has over a decade of experience in rescuing and rehoming Labradoodles in need of a home. With adoption fees ranging from $200 to $425, they’re perfect for pet parents who want to save a soul but don’t have the fortune to spare. All dogs are vaccinated, spayed/neutered, and treated before being put up for adoption.

The Doodles Rescue Collective is there to help pet parents on a budget in providing a Labradoodle with a loving home.

How to Pick a Labradoodle Rescue in Texas?

While you’re adopting, you see a lot of abandoned canine angels that have been left behind. So, to become the excellent dog parent that your future Labradoodle needs you to be, do your research on the breed so that you have a better understanding of what it needs.

For example, Labradoodles are pretty energetic and active. They need daily exercise to keep them healthy and happy. If you don’t have the time or energy to provide your fur baby with the lifestyle it needs to thrive, you may need to reconsider the adoption.

Another trait to consider in Labradoodles is that they don’t like to be left alone. The happiness of your Labradoodle relies heavily on your company. Labradoodles love following their owner around and constantly being in their presence, which is why they’re called “velcro dogs.” So, don’t adopt a Labradoodle if you’re going to leave it alone at home most of the day.

In addition, when you apply for adopting a Labradoodle, the right rescue will interview you to ensure that you’re up for the job. So, having excellent knowledge of the breed increases your chances of getting your own Labradoodle.

Dog rescue centers save these dogs’ lives and help them find a home. However, not all of them are equal.

Some rescue centers don’t even care about their dogs, so don’t get us started about dogs that aren’t properly fed, cleaned, or medically examined in these so-called rescues. Other rescues lack transparency in the information that they provide because they want to leave future adopters in the dark as much as possible.

If the center doesn’t thoroughly vet you and assess whether you’d be a good pet parent or not, then it’s not trustworthy. These kinds of rescues have no problem giving traumatized dogs away as if they’re nothing and making some money off of them.

Speaking of money, some rescue centers are sketchy when it comes to finances. We already know that Labradoodles are expensive. That being said, if the rescue dogs are expensive without being vaccinated, chipped, trained, spayed, or neutered, you shouldn’t trust that center.

So, conduct internet research, ask around, or do whatever you have to do to check the validity of the rescue center that you’re adopting from.

A rescue Labradoodle won’t cost as much as one that you’d buy from a pet store or a breeder, which is why people who usually can’t afford Labradoodles adopt them from rescue centers instead.

However, it’s good to check the range for adoption fees before you apply so that you get an idea. Typically, younger and healthier Labradoodles are more expensive than older ones. Nonetheless, they all deserve a loving home. Some rescue centers have application fees, as well.

Our top choice is the Doodle Rock Rescue because it does excellent work to save as many abandoned and surrendered Labradoodles in its vicinity as possible. It also provides complete veterinary care and has reasonable adoption fees. So, there’s already so much here for you to look elsewhere to adopt.